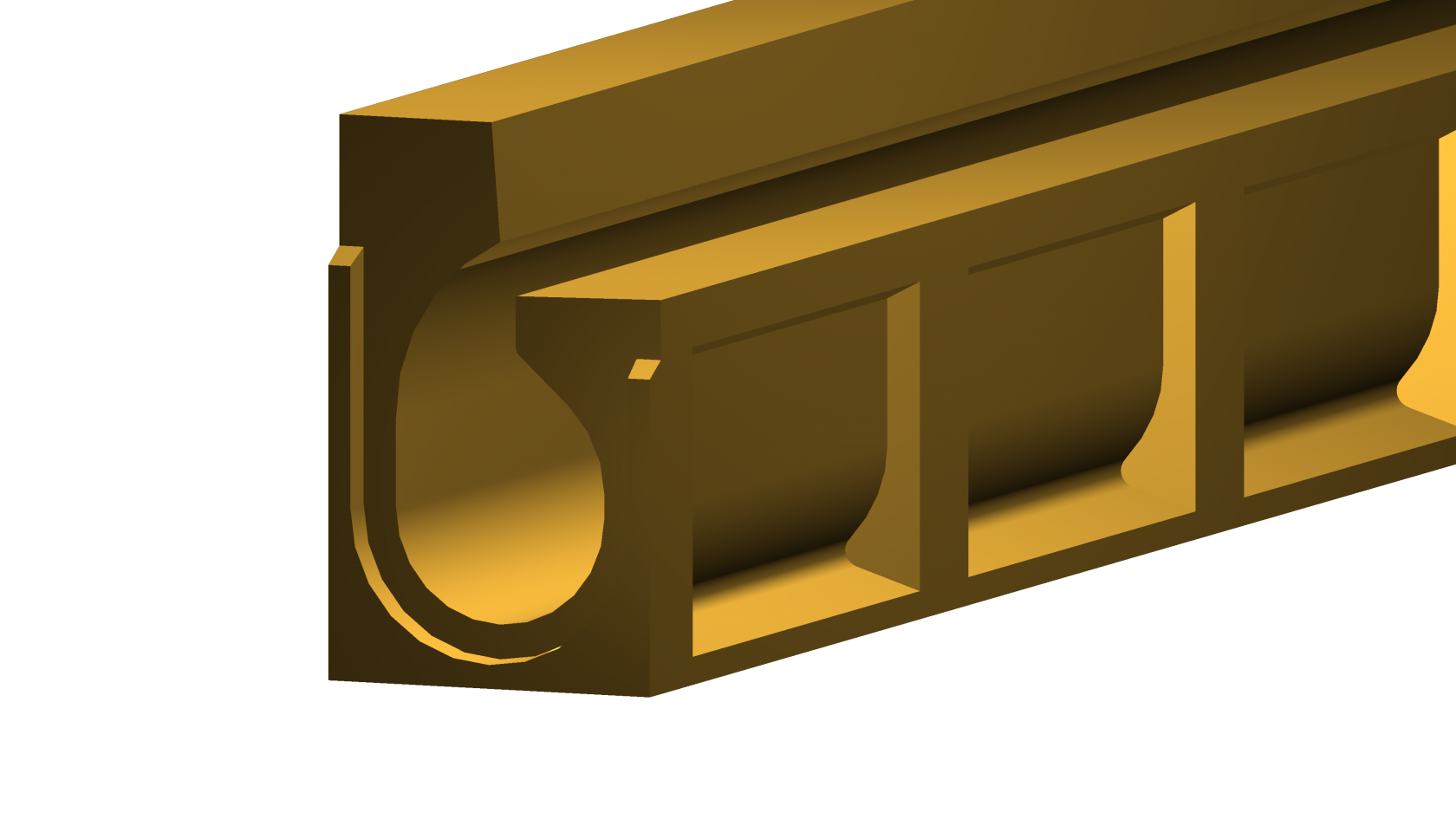 Particular elements of the tunnel drainage system are manufactured of the highest quality polymer concrete, which meets the binding requirements of the applicable laws, standards and the market. This system was designed mainly as a drainage system intended for collection and disposal of liquid waste from road tunnels or used as a very effective tunnel protection system, ensuring the disposal of any poisonous and flammable liquids spilled on the road surface in a tunnel in consequence of a sudden accident that might happen in a tunnel, for instance an accident of a liquid tanker carrying toxic and flammable chemical substances.

• Mechanical strength several times higher as compared to typical traditional structural concrete means that lighter elements of thin walls do not require an application of steel or other reinforcement. It is not necessary to apply internal rods.
• Excellent chemical resistance to any industrial liquids, much higher than in the case of typical traditional structural concrete, within large range of pH, eliminates the problem of chemical corrosion.
• The fact that no cement was used and that the system is fully water-resistant eliminates the occurrence of any possible corrosion that is typical for traditional concrete, which means greater durability and shelf life. Excellent resistance to freezing and defrosting cycles, as well as to materials intended for road maintenance during winter, such as salt.
• The system is made of non-flammable material.
• Very effective system ensuring poisonous and flammable liquid substance flow speed 100 L/s with 2% slope.


Functions of the system:
Collecting surface water and fast reception of spilled petrol or diesel fuel from the surface of the roadway  along its length and disposing it to a drain well or directly to tanks placed outside a given structure.

Special area of application:
Tunnel channels form a coherent linear drainage system, which is mainly used in road tunnels in the kerb zone. The functions of the linear construction composed of precast units include collecting and disposing water from the surface of the roadway, as well as flammable liquids and other chemicals that are likely to cause fire, which is particularly dangerous in a tunnel. Tunnel channels according to PN-EN 1433 are intended, among others, for the areas of road kerbs, sidewalks in tunnels, work surfaces not burdened with traffic, etc. 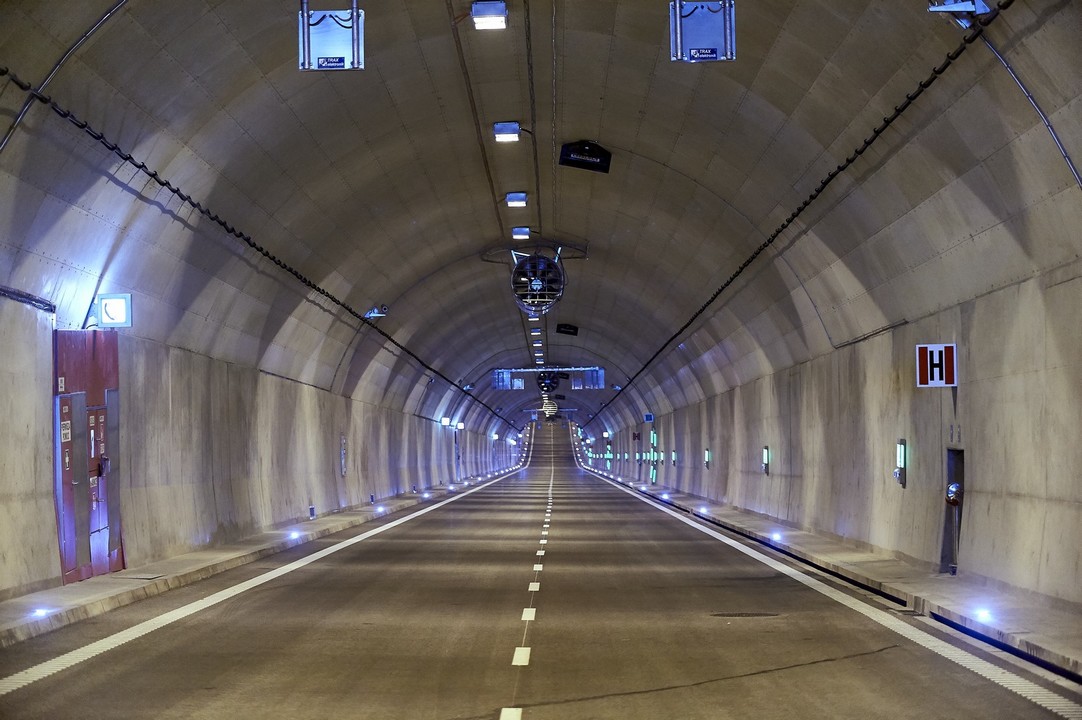 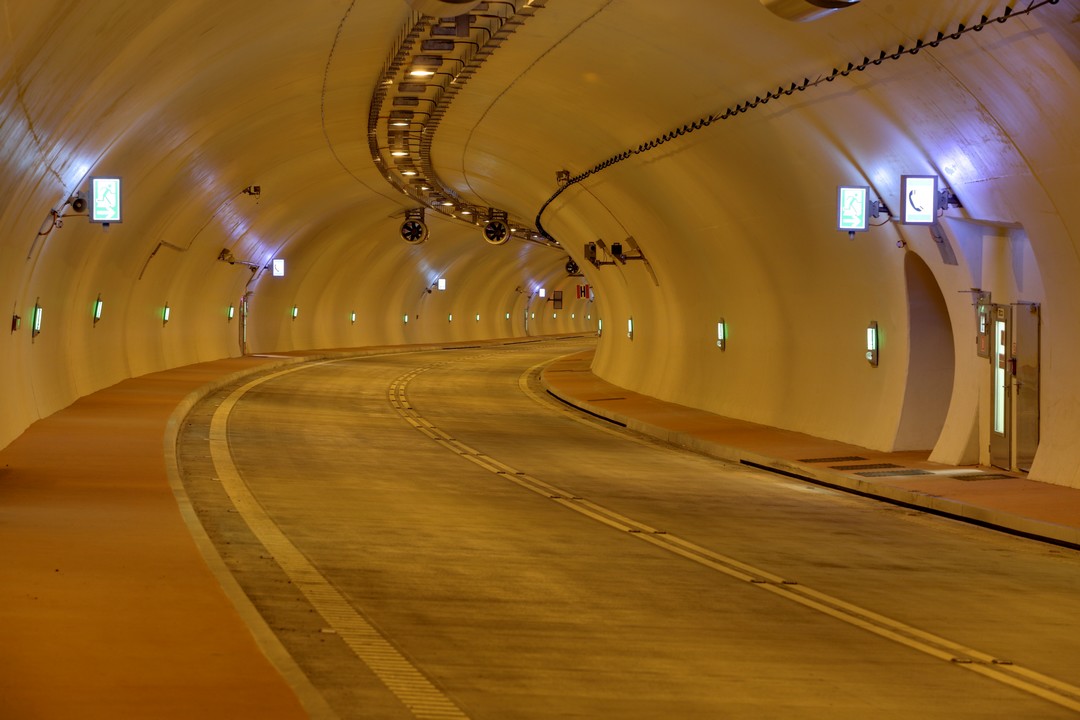 Ask for a product

Thank you!
The message has been sent.


Thank you!
You will receive a link to download the program in a moment.